With rather neat symmetry, this will be the last newsletter of 2022 and my last before I leave GIIA in February 2023.

Over the last three years it has been an honour to lead the association through tumultuous times, with challenges coming thick and fast from the pandemic to a European conflict, political changes and everything in between.

Over the past few years, I have had the great pleasure to work with some amazing people around the world, indeed the infrastructure investment community is perhaps the world’s largest village. The support for the association and its work has grown consistently in recognition of the impact our work is having on policy makers and the wider stakeholder community.

It is hugely pleasing that the association is in such a great position as we head into 2023, with record membership numbers, a fantastic team and an exciting global programme planned for 2023.

I am delighted to be handing the reins over to Jon Phillips in the New Year, who, as many of you will know, has been with the association since 2016.

The association is in great hands as it enters the next phase of its history.

Thank you Lawrence for those kind words and also your leadership at GIIA over the last three years.

I hope Members will take the opportunity to look through our 2022 Annual Highlights report and reflect on our progress this year. I look forward to sharing our plans for 2023 on our first All Member Call of the year on 25 January. Amongst a number of activities in Q1, we kick off the year with two ESG themed workshops on Biodiversity, and the launch of our energy transition report in Brussels. I will be travelling to the US for the NGA Winter Meeting in February and hope to see a number of members in person that week, and I’m sure to see many of you in Berlin for our highly popular member reception on Wednesday 22 March.

On behalf of the GIIA Executive Team, we wish you all a relaxing and enjoyable festive break and successful 2023. 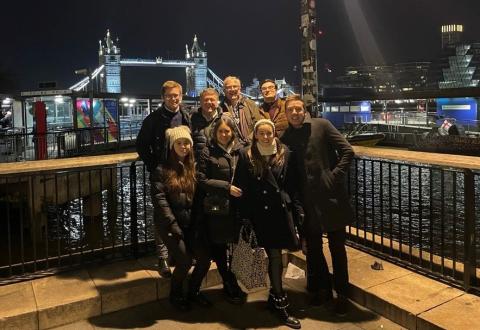 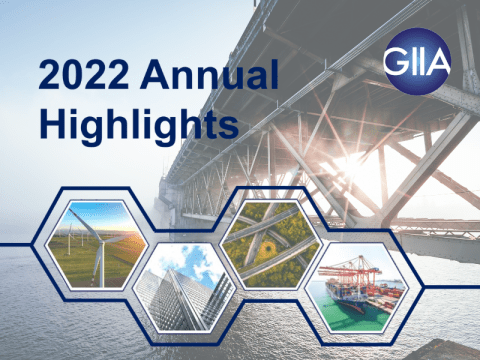 A snapshot of our advocacy, insights and networking activities for the year in our Annual Highlights Report. 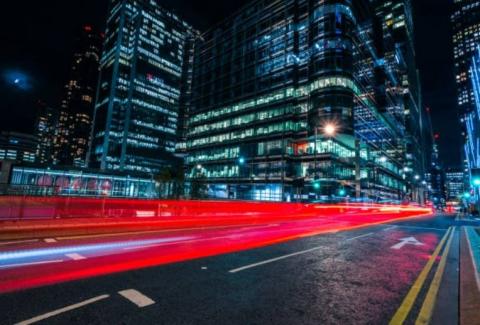 Writing for Mediaplanet, Lawrence Slade delves into the overarching themes from our latest EU infrastructure report: 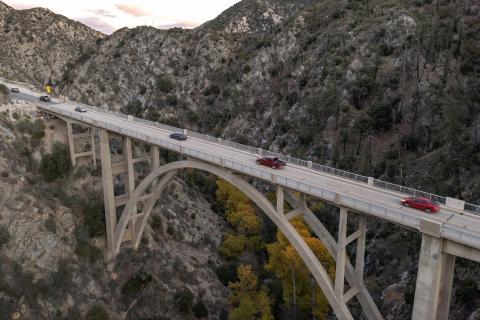 US Government plans for infrastructure spending, tax credits and incentives have helped propel the nation to the top of our latest Pulse Survey investor sentiment table. 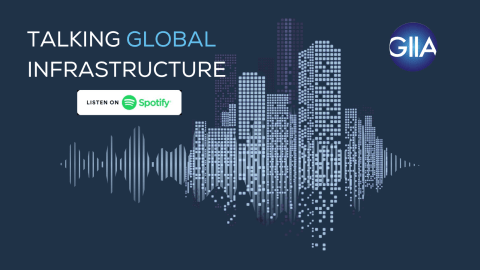 We explore the challenges and opportunities around closing the worldwide infrastructure investment gap to deliver transformation across communities and achieve net zero with experts in the industry.

In the latest episode Beyond the Hydrogen Hype, GIIA's EU policy lead Harvey Chandler discusses how the hydrogen industry is moving beyond the hype to make it a staple zero carbon fuel of the future with Stephen Jackson, Chief Technology and Market Officer at Hydrogen Europe.

Congressional elections concluded on December 6 with the re-election of Senator Raphael Warnock to represent Georgia. The victory gave Democrats a 51-49 majority in the Senate, with the slim majority meaning majorities on all legislative committees in 2023-2024. The celebration was short-lived, however, with Democratic Senator Kristin Sinema of Arizona announcing that she is leaving the party to become an independent, although she will continue to caucus with the Democrats and keep her committee assignments.

The Treasury Department released guidance for electric vehicle manufacturers looking to qualify their EV's for tax credits under the Inflation Reduction Act. The new regulations do not address questions regarding critical mineral and battery requirements that were part of the new law.

A busy end to the year saw GIIA engaging with no less than four government departments; BEIS, DIT, HM Treasury and the Home Office.

During these meetings we have highlighted concerns regarding the Electricity Generators Levy, including unease around the divergent (and less favourable) approach for renewable generators compared to oil and gas – in contravention of the government’s focus on a cleaner, greener future.

New proposals for a Foreign Influence Registration Scheme (FIRS) have caused considerable concern for members and we have held several conversations with officials at the Home Office (where the Bill originated), other departments, and ongoing dialogue with engaged Peers, as the Bill enters Committee Stage in the Lords from 19 December.

Ofwat has published its PR24 framework and we will be working with interested members to understand the implications for the sector.

﻿2023 will get off to an interesting start as Jon has been inviting to give evidence to the International Trade Select Committee enquiry in Investor-State Dispute Settlement.

Another important year in GIIA's engagement in the EU has been marked with the launch of a far-reaching policy paper on the decarbonising transport agenda along with GIIA's participation in the Investors Dialogue in Energy and a series of transport workshops for members to contribute to the Fitfor55 agenda.

This year saw important changes in the EU's approach to the rollout of infrastructure, with the onset of the Russia-Ukraine War necessitating the need to speed up the deployment of upgraded and new energy infrastructure. This was encapsulated in the REPowerEU plan and steps being taken to accelerate permitting for renewable projects across member states. Fitfor55 also saw progress, with transport targets under REFuelEU Aviation, FuelEU Maritime and AFIR all making progress this year.

Work on our next report – focussing on the energy transition – has continued with a planned launch in late January 2023. The end of the year has seen no downing of tools from the Council either, in fact, EU energy ministers can add a gas price cap that triggers after three days in excess of €180/MWh on the TTF's front-month contract to a long list of measures taken to mitigate against future energy price spikes. The cap applies from February 15th 2023 and will limit the price gas can be traded at, whilst allowing the capped level to fluctuate alongside global LNG prices. The measure, agreed at the final meeting of the year for energy ministers will also require the TTF price to be over €35/MWh higher than a reference price based on existing LNG price assessments for three days to be triggered.

Staying Ahead of The Biodiversity Curve Workshop