GIIA CEO Lawrence Slade discusses the implications of the Build Back Better programme.

“I see it this way,” President Biden told reporters during a White House briefing at the start of this year, “The Build Back Better plan lowers prices for families and gets people working. It creates the best-educated workforce in — hopefully, in the world, and ensures that we remain the most dynamic and productive economy in the world.”

The Build Back Better slogan, a staple of the Biden presidential campaign (coming as it did against turmoil wrought by Covid), serves to underscore how fundamental the incumbent President sees infrastructure investment to his legacy.

Both were introduced into the House of Representatives this time last year, but only the IIJA has since been signed into law, ushering in $550bn of additional infrastructure spend across the US over the next five years on top of existing commitments. 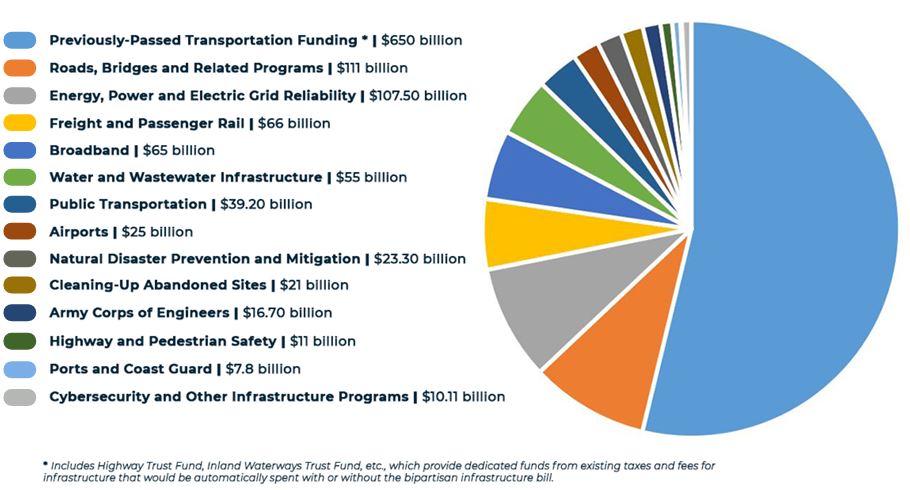 Whilst the BBB is still held up in the Senate, the social spirit of the legislation has since resurfaced in the Inflation Reduction Act, which contains $369bn in federal commitments to energy security and climate change. They encompass sizeable tax credits and incentives for investment in clean energy generation and emerging tech.

With energy prices surging amid conflict in Europe, and with targets for decarbonisation rapidly closing in, securing a sustainable, domestic energy supply is a key aim of these two complementary Acts.

What does it all mean for infra investors?

First off, it’s clear that these legislative moves will cause a massive uplift in economic activity.

Analysts at Moody’s estimate that the IIJA could raise near-term GDP growth by 3.5%, resulting in additional output of more than $700bn over the next decade.

Commentators at Credit Suisse, meanwhile, have stated with regards to the Inflation Reduction Act that, considering “the multiplier effect on federal grants/loans, the total public plus financing could reach $1.7trn over ten years.”

The risk with these kinds of interventions is that they crowd-out the private capital needed to make the transition to net zero a reality.

Fortunately, with the IIJA’s prioritisation of harder to reach communities over several years, and with the Inflation Reduction Act’s prioritisation of tax credits and incentives (as opposed to additional funding), Biden is poised to deliver a much-needed crowding-in of private finance and business investment.

Our latest Pulse survey shows the US is already streets ahead of the wider Americas and Europe in terms of investor appeal.

More and more examples of where these new laws are spurring action are emerging by the day. At the end of last month, South Korean outfit G Chem outlined plans to build a $3.2 billion battery cathode facility in Tennessee, a move set to double US production in five years. 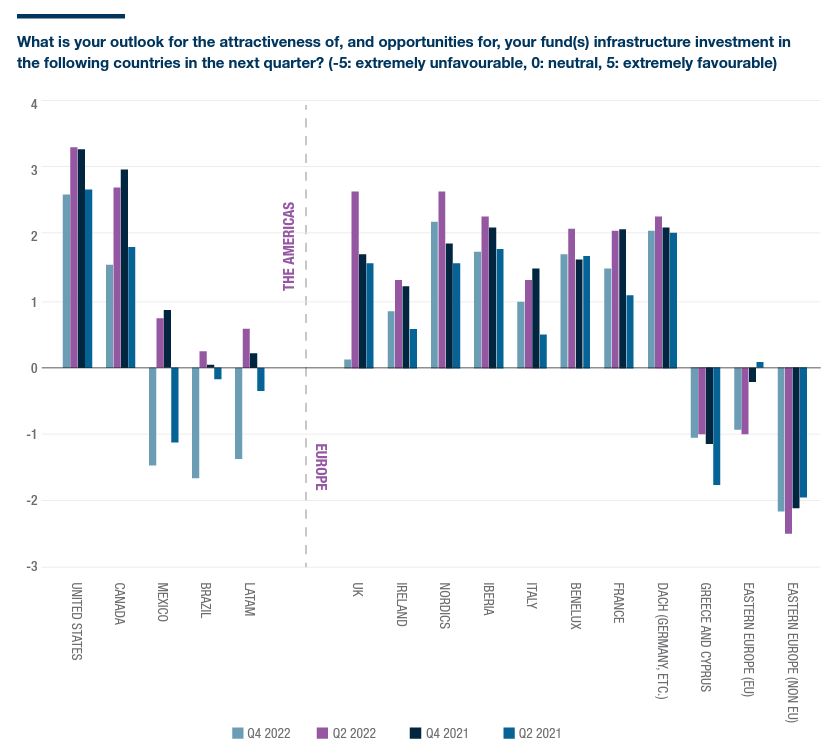 With regards to wider effectiveness of delivery, these two monumental interventions are a reminder of the old adage that, whilst federal government spends, state governments build.

Take the near $60bn released by central government for road and bridge infrastructure last month – The Department for Transportation absolutely sets the parameters for spending, but “the funds go directly to all 50 States”. For infra investors wanting to follow the money, they should be mindful that delivery strategies, procurement plans and timelines will be developed at a more local level.

Where the Inflation Reduction Act is concerned, clarity is key, and we’ve reached out direct to the IRS for detail around how credits will be applied from next year.

Politics will matter too where achievement of outcomes is concerned.

As voters headed to the polls on 8 November, there was speculation that a “red-wave” of Republican resurgence in both Houses could derail Biden’s infrastructure plans.

In reality, it was more a red ripple, though a Republican majority in the House of Representatives may now cause some legislative gridlock.

These two Acts were, however, passed prior to the mid-terms. That won’t stop challenges from Republican officials as minds are cast to the next presidential run off, but the money has, for Biden’s infrastructure push at least, already started to flow.

Naturally, moves of this magnitude in the biggest economy in the world also have global repercussions.

Especially so in this case, given the IIJA was accompanied by the Build America, Buy America Act, which in essence means projects stemming from the legislation must source delivery materials from US providers.

The protectionist move has set hares running, not least in the EU where French and German leaders are now said to be coalescing around the notion of a Buy European Act. That said, EU Trade Ministers have collectively stressed in recent weeks that it is “necessary to avoid a subsidy race that would disrupt our relationship”. Macron and Biden have kicked off focussed talks.

In an already fraught geopolitical landscape, protectionist moves risk additional friction and complexity for investors just at a moment when we need global collaboration and streamlined project signoffs to reach net zero goals.

In an ideal world, there would be much greater uniformity and stability around incentives across markets.

To compare and contrast, whilst Biden has been rolling out ambitious five-year plans, chopping and changing around incentives here in the UK has culminated in a new tax regime which will punish producers of renewable electricity, hampering future investment.

The journey to universal incentives for best practice is far from complete.

Infra investors should also note the wider implications of the BBB’s fate. Fundamentally, the original Build Back Better Act failed to pass because of concerns about extending public spending so dramatically post-Covid.

US debt to GDP ratio over past decade. Source: Trading Economics

This sentiment will be shared around the globe, especially as higher interest rates make it harder for governments to raise debt in a recessionary climate. As such, the role for private infrastructure investors and lenders is set to grow, with policymakers seeking to deliver projects without adding more weight to balance sheets.

The agreements reached with regards to international collaboration around financing for net zero at COP27 have been met with scepticism. Private investors will, it seems, increasingly have to lead the charge.

“Generations from now,” Biden said as the IIJA started its journey to becoming law, “people will look back and know this is when America won the economic competition for the 21st Century”.

Whilst it’s a positive that America has thrown down the gauntlet to other nations with regards to infra investment incentives, what we need now is global collaboration, rather than competition, to achieve the universal net zero goal.

The article above is based on a piece that originally appeared in Brink News.

Talking Global Infrastructure Episode 3: The role of the States