GIIA has unveiled new research that shows the extent of its members’ infrastructure investments around the UK at a roundtable event that brought together members of the investor community and the Minister for Investment, Lord Grimstone of Boscobel Kt.  The discussion highlighted the extent of the contribution that private investment can, and is, making not only to achieving Net Zero but also to the government’s levelling up agenda, set against the backdrop of the Levelling Up and Regeneration Bill unveiled in the government’s legislative agenda for the forthcoming Parliamentary Session on 10th May. This new legislation will seek to stimulate economic growth in targeted areas of the country, while also working to enshrine the role and opinion of communities, within the planning/development process. 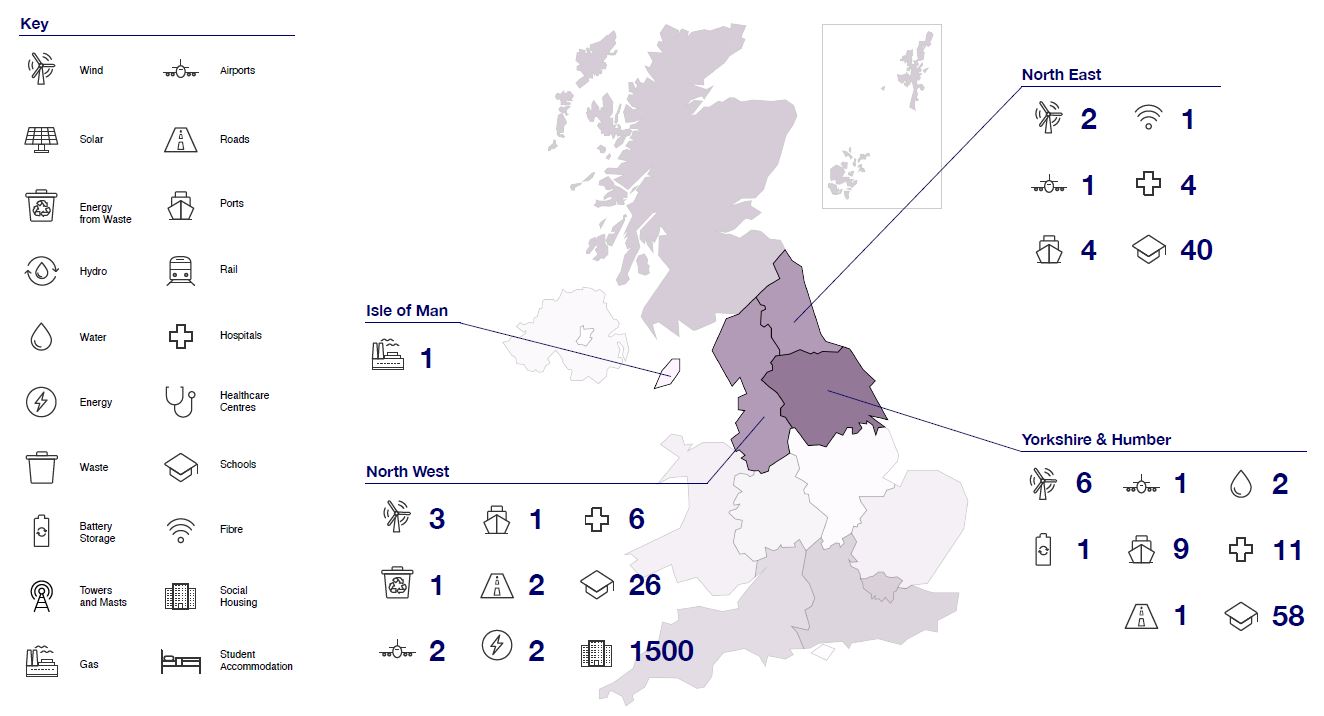 Importantly, GIIA members have also provided critical social infrastructure in the form of 33 hospitals totaling 16,850 beds; supporting the education of the next generation of English children through 137 school buildings; and assisting the most vulnerable in society by providing 1,500 rooms of social housing. Furthermore, GIIA members have equally had a significant impact in the UK’s devolved nations, investing over £35.5 billion in Scotland, Wales and Northern Ireland. As an example of the benefits that geographically targeted investment can bring, Scotland alone provides 4.3GW of vital clean renewable energy both to its own nation and the wider Kingdom. 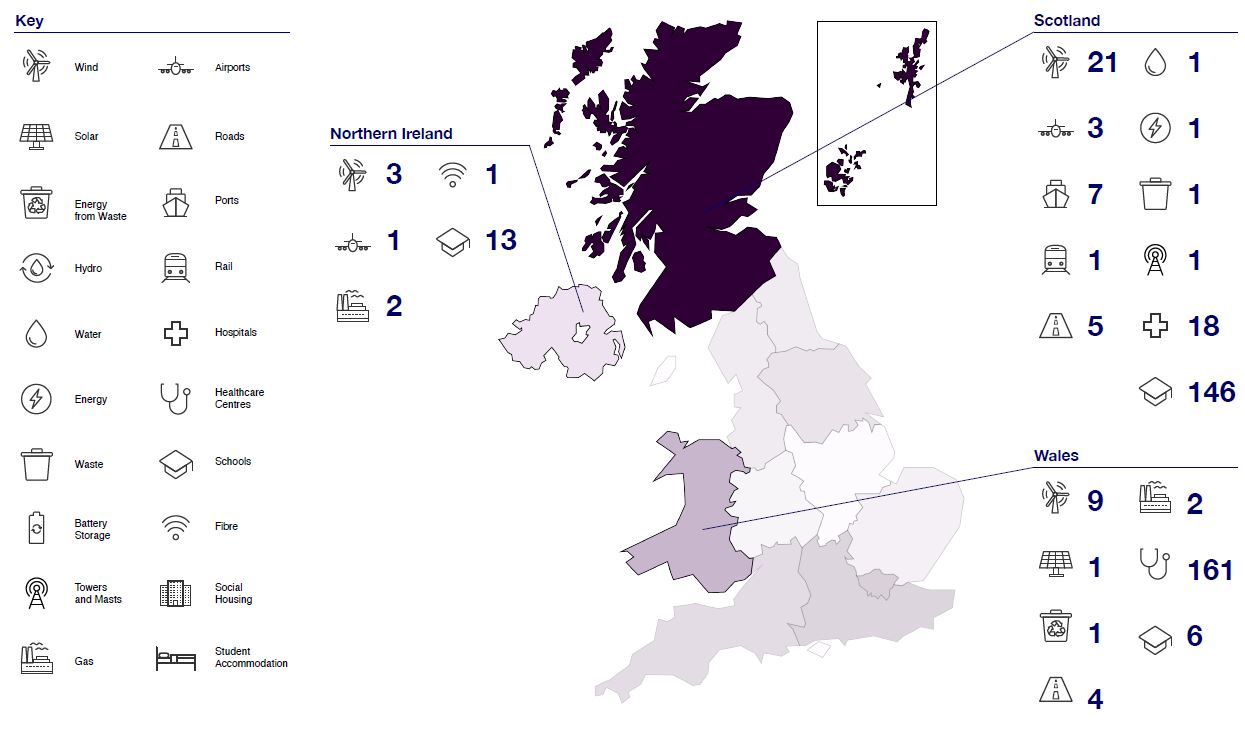 A key part of ensuring that private investment continues to be able to deliver sustained improvements for local communities is the need to facilitate dialogue between local representatives (such as metro mayors) and the investor community. Investors discussed the role that the newly created UK Infrastructure Bank could play here, particularly given its advisory function which can act as conduit between local authority leaders and infrastructure investors.

The Minister outlined progress that had been made in applying the ‘investment lens’ to a number of BEIS policy areas – including on hydrogen - related investment opportunities, with hydrogen seen to present a key opportunity for future development.

As Lord Grimstone explained, geographically targeted investments often have the capacity to act as a precursor to manufacturing jobs within a given area, which can be perceived as an organic and sustainable way of levelling up a given area, through generating employment opportunities that offer above-average levels of wages, as well as a number of apprenticeship places. GIIA’s members are playing an important part in helping foster increased levels of social capital, including employment opportunities, within geographical areas that have historically been neglected.

Industrial clusters are perceived as having a great deal of untapped potential that is anticipated to be explored during forthcoming ‘tracks’ of cluster development including in Teesside, as outlined by the government. A key consideration is the perceived reliance of clusters on hydrogen and carbon capture, in order to decarbonise their bases – something that remains attractive and investable, for members of the investor community while simultaneously delivering on levelling up objectives.

Other areas explored during the roundtable included the need for security of supply within the energy sector – compounded by the circumstances of the war in Ukraine, as well as the unprecedented cost of living crisis. The government’s Energy Security Bill aims to address these concerns and ensure that new energy sources such as hydrogen are supported through leveraging transformational levels of public and private capital to build domestic supply capacity, deliver for consumers and ensure long-term stability for the UK.

The conversation touched on the need to establish an enduring regulatory regime that investors can have confidence in, through restoring predictability within the domestic regulatory framework. As underscored in GIIA and Alvarez & Marsal’s most recent ‘Pulse Survey’, an unattractive regulatory environment remains a primary deterrent for investors when making the decision to invest in a given country. GIIA’s forthcoming ‘Regulating for Investment’ report will seek to make recommendations to bolster the UK’s attractiveness as a global investment destination.

GIIA’s latest roundtable once again displayed its capacity for consensus-building by exploring areas of alignment between the government and investor community. Not only will future investment decisions help the UK to level up, it will also consolidate the delivery of infrastructure that is fit for purpose and resilient enough to withstand an evolving set of economic and climate-related challenges.